The holiday season is in full effect and lots of people are expecting to receive the gadget of their dreams this year. This might be the sophisticated iPhone 5 or the stylish Galaxy S3. If the newer models are too big for your budget, consider going with an older model like Virgin Mobile’s Galaxy S2. You’ll be surprised at how well it compares to the competition.

The design of the Galaxy S2 and S3 are similar: beautiful, white and boxy with 3 dots (front camera, two sensors) just above the earpiece. The Galaxy S3 is obviously sexier and thinner, but the Galaxy S2 is no ugly step-sister. 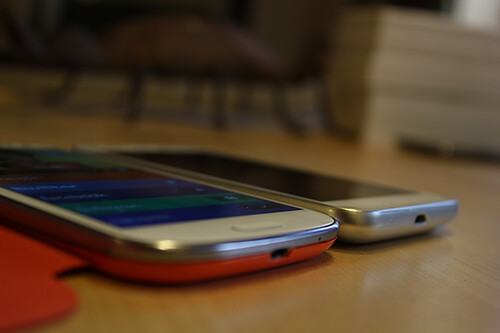 It’s extremely light and sports a slightly smaller 4.52-inch display that doesn’t support HD video. Fortunately, the lack of HD support won’t spoil your media viewing experience. All ports and buttons (power, microUSB, volume rocker) are in the same place on both devices (right side). Instead of a dedicated home button like the S3, the S2 has a row of touchkeys.

The Galaxy S2 runs on Ice Cream Sandwich (ICS), while most Galaxy S3’s have moved on to Jelly Bean (JB). Neither phone has the latest version of Android (4.2), but there are a few new features that give JB an edge over ICS including:

If you don’t see yourself using Google Now or care about enhanced notifications, then Ice Cream Sandwich on the S2 isn’t deal-breaker. It will more than likely get a Jelly Bean upgrade in 2013 if you don’t mind having a little patience.

In fact, you can root your S2 and get most of the JB features through a ROM. However, if rooting is not your thing, only two of these features can be unlocked through a separate app in the Google Play store, but they’re not as good as the native features.

Text aren’t as smooth and clear when zoomed out in a webpage. Still, there’s a lot of vibrance in the S2’s screen. My only pet peeve is that blacks appeared washed out unlike the deep saturated blacks of the S3. Both are highly annoying to me. Choose wisely. 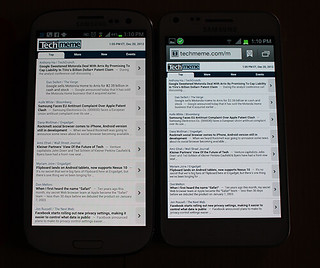 Despite the shorter screen and resolution, you can still get the same number of rows and columns of icons as the S3. Virgin Mobile’s launcher replaces one row of icons with a persistent dock. If you don’t want this, head to Settings > Applications and follow these steps:

This will give you the stock Launcher and an extra row of icons in the app drawer. There’s always Nova Launcher or SSlauncher if you’re looking for something completely different.

The Galaxy S2 has a 8MP camera like the S3 and records 1080p video. A 2MP front camera is also available, but it’s not going to blow your mind. The rear camera does a great job of taking pictures and you won’t see much of a  difference between images (first two images from  S2, last two images from S3). 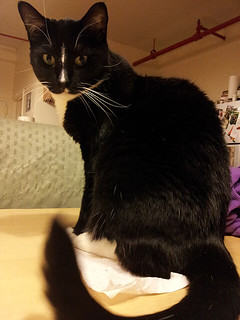 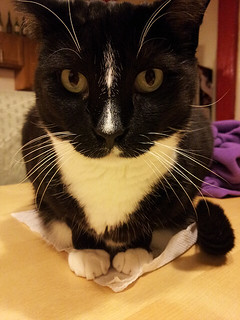 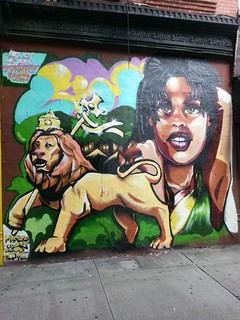 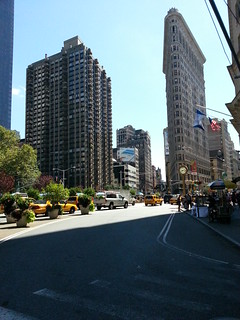 The camera app’s design is same as the Galaxy S3’s along with most of the features. Shooting modes for the Galaxy S2 include: smile shot, panorama, action shot, and cartoon. It’s missing lowlight, burst shot, and HDR  and face detection is a focus mode. Most of the scene modes in the S3 are available on the S2, though the number of effects available is smaller.

A shutter sound option is also missing from the S2. That’s right, no sneaking pics of your friends and family while they’re sleeping.

The Galaxy S2 includes 16GBs of internal memory and 2GBs of RAM. It only supports microSD cards up to 32GB compared to the Galaxy S3’s 64GB support. However, this is far from a deal-breaker.

Surprisingly, there’s a 4G toggle on the S2, something I dream of having on my Galaxy S3. It allows you to quickly turn 4G service off or on. It’s the biggest battery saving feature you could ask for on any 4G phone, but many don’t include this.

Unfortunately, there’s no NFC or S-Beam, but you do get wifi-direct and VPN options.

No matter what you think, the Galaxy S2 is still a hot phone. It’s goes toe-to-toe with the Galaxy S3, and only manages to get a handful of bruises from its old brother. Unless you’re really into the technical aspects of a phone, the Galaxy S2 would make a great Christmas gift for students, teens, young adults, and even young parents. Performance is solid across the board, the design is simple, and it’s running Ice Cream Sandwich (Android 4.0).

Virgin Mobile is selling the Galaxy S2 for $329.99 (no contract) and has plans as low as $35 a month. I’d recommend the $55 unlimited everything plan and the $15 mobile hotspot option. You come out cheaper than what I pay AT&T for a plan that’s not unlimited.