The first Pixel was one of the best Android phones of 2017 with one of the best smartphone cameras to boot. Its biggest disappointment was in its design. It looked like a lazy copy of the iPhone made of metal instead of glass. The Pixel 2 looks to repeat most of these successes and failures, which begs the question: is it worth the upgrade?

*A special thanks to Verizon Wireless for providing the Pixel 2 featured in this review.*

The Pixel 2 doesn’t veer far from the OG Pixel’s design. They’re about the same width, but the Pixel 2 is a hair taller. They have the same 5-inch AMOLED screen, thick bezels and front-facing camera.

The Pixel 2 is also made of metal, but covered in what Google calls a “hybrid coating”, which feels like plastic. Under the Pixel 2’s specs in the Google Store, it warns that colors from your jeans or leather can rub off on this coating. Where they do that at, Google?

The power button and volume rocker are also made of plastic and feel stiffer than the metal buttons on the OG Pixel.

So far, this may sound like the OG Pixel with a weird paint job and more plastic, but there are others differences. Though their screens are the same, the Pixel 2’s screen looks warmer and colors are less saturated. It’s also protected by Gorilla Glass 5.

The infamous glass panel on the back is smaller. The fingerprint scanner feels faster and no longer sits inside of the glass panel. The rear camera lens is slightly bigger and the Laser Detect Autofocus (LDAF) sensors now sit under the dual-LED flash.

The Pixel 2 is rated IP67 water and dust resistant up to 3ft and 30 mins. It has two decent metal speakers on the front, but no headphone jack. I give Google credit for including one USB-C to 3.5mm headphone adapter in the packaging, but you’ll need more adapters and money to live a #noheadphonejack life full-time.

Powered by Qualcomm’s Snapdragon 835 processor and 4GB of RAM, the Pixel 2 is responsive and smooth whether gaming, creating documents or editing pictures for Instagram. The starting storage option has been bumped up from 32GB to 64GB, but you can double that to 128GB for $100 extra.

The Pixel 2’s battery is slightly smaller at 2700mAh versus the OG Pixel’s 2770mAh. Despite this, the Pixel 2 charges just as quickly and can be ready to go within an hour. It doesn’t take much to drain the battery, but I can can squeeze 4-5 hours of screen on time within 10-12 hours. Since the Pixel 2 doesn’t support wireless charging, you’ll want to keep a charger around to top it off.

The Pixel 2 is the first, but not the only, phone that runs Android 8.0 (Oreo) out of the box. It also supports the latest update: Android 8.1. You can read my full rundown of the Oreo update here, but expect notification updates and features like picture-in-picture (PIP) mode, autofill and redesigned emojis.

Google’s phones are not known for being feature packed, but the Pixel 2 comes with a few small surprises. For starters, it’s guaranteed to enjoy three years of Android software updates. No other Android phone can make this claim.

Now playing is new feature that shows the artist and title of songs playing around you on the Always-on display and in the notification shade. It’s a nice surprise to look down and see the name of the song playing in a car or Netflix movie. Best of all, this feature doesn’t require an internet connection or Google account. And if you want to keep a history of the songs Now Playing identifies, there are several apps for that.

There’s also Active Edge, a featured borrowed from the HTC U11. It lets you squeeze the sides of the Pixel 2 to open Google Assistant or silence incoming calls. The squeeze sensitivity can be adjusted, but you can’t change which app it opens. Of course, there’s an app to fix that too.

There are also smaller software updates like a redesigned power menu and At a Glance homescreen widget shows your next calendar appointment, the current date and weather “at a glance”. Otherwise, Google continues to keep it simple with the Pixel 2’s software.

The OG Pixel had the best pair of cameras on any smartphone last year and the Pixel 2 keeps its crown. The rear camera boasts a slightly bigger aperture to take in more light and adds optical image stabilization (OIS) for less shaky pictures and videos. You also won’t find any lens flare issues like those that popped up in the OG Pixel’s camera.

The Pixel 2’s rear camera captures amazing levels of detail thanks to Google’s HDR+ processing technology. Google Research shares a little more about how HDR+ works in this blog post. To break it down, when HDR+ is on, the camera rapidly takes multiple pictures at short exposure times, combines and analyzes them to produce the gorgeous images just below.

Thanks to the Pixel Visual Core co-processing chip on the Pixel 2, you’ll enjoy faster, more efficient HDR+ processing and soon be able to take advantage of HDR+ in other photo apps. There’s even a new HDR+ enhanced mode that’s slightly better at capturing dynamic scenes. However, it takes longer to snap and process pictures. 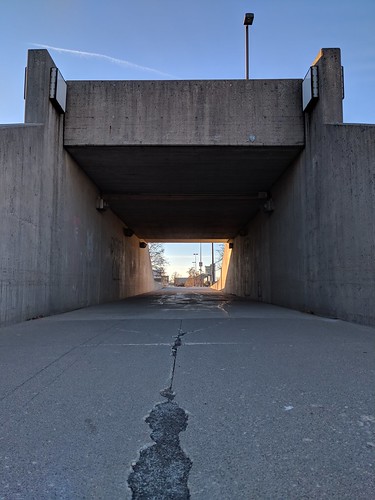 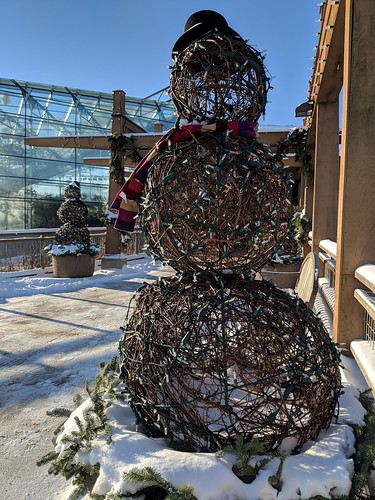 In the first photo above, you can see both the darker shadows within the tunnel and the brighter sky at the end. Most phone cameras will choose between exposing for the sky or the shadows. The Pixel 2 is the real MVP for capturing both. In the second photo, the Pixel 2 does a great job on exposing for the snow, the snowman and the building behind it. I wish the head of the snowman were a little brighter, but the Pixel 2 captures an impressive level of detail in the twigs and lights wrapped that make up the skeleton of the snowman. 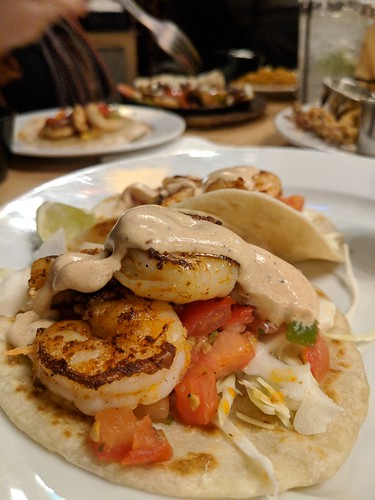 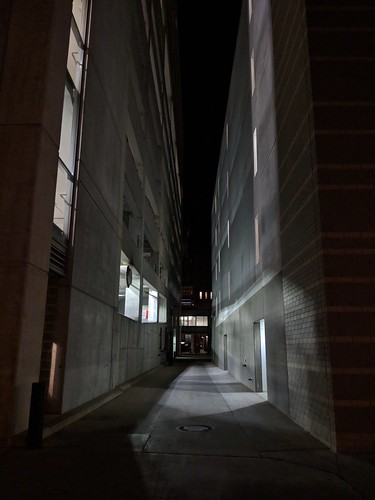 These shrimp tacos tasted just as good as the camera makes them look, which is delicious! Despite the low lighting in this restaurant, the food is well exposed, noise levels are low, you can see plenty of detail in the ingredients and there’s a nice bokeh effect on the plates in the background and low noise levels. #noportraitmode

The camera really shows off its ability to keep noise levels low in the night shot. It’s not as sharp as the previous pictures, but captures the different ranges of light and shadows beautifully.

Both Pixel’s ability to capture this type of range and detail is the number one reason I think it’s the best camera you’ll find on any phone. However, the one area the OG Pixel outshines the new Pixel 2 is color accuracy. 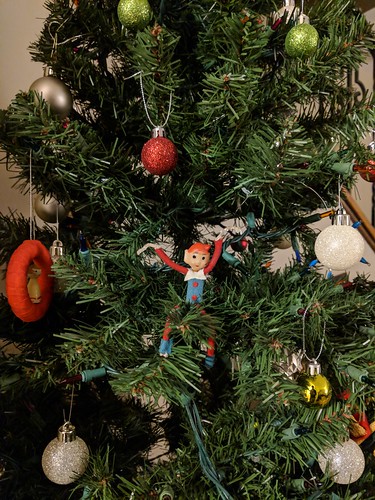 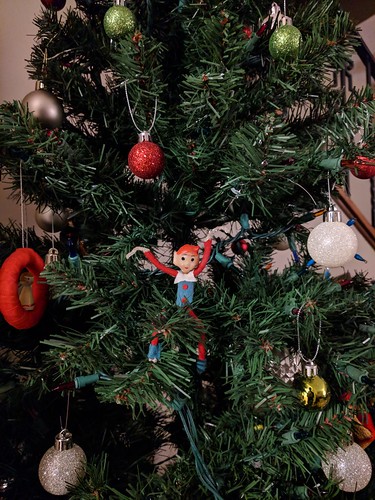 There’s a big difference in the colors in these pictures. The picture from the Pixel 2 (left) has a brighter yellow and green tint, while the OG Pixel’s picture (right) skews towards a red and purple tint. However, the coloring in the tree and little elf are most accurately represented in the OG Pixel’s shot. 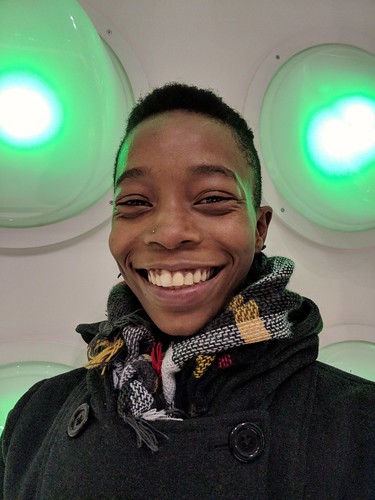 The Pixel 2’s camera app is very simple and easy to use. It’s not feature packed like other phones, but does come with a few new tricks.

To start, it can capture motion photos, which are short 2-3 second videos of everything that happens just before you take a picture. You can also add dozens of interactive 3D virtual stickers (misleadingly named AR stickers) to pictures and videos.

The Pixel 2’s version of Google Photos also has built-in Google Lens built in. When viewing a picture in the app, tapping the new lens icon will bring up additional information about your picture. It works well on pictures with text, books and even landmarks. You can even use it to copy URLs and contact information from business cards. Just don’t expect it to tell you the exact name and of a coat someone is wearing. You can

You can also backup your pictures to Google Photos at full resolution for free until 2020.

Portrait mode is the most important new camera feature on the Pixel 2. Using one camera, the Pixel 2 delivers portrait mode pictures that rival its dual lens competitors. It’s a drastic improvement over the OG Pixel’s Lens Blur feature, but missing settings found on rival phones. If you’re curious, Google has a great blog post detailing how portrait mode works on the Pixel 2. 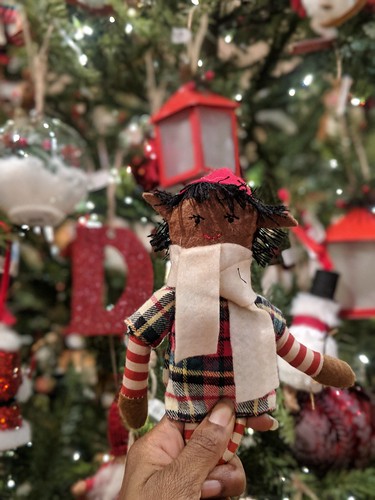 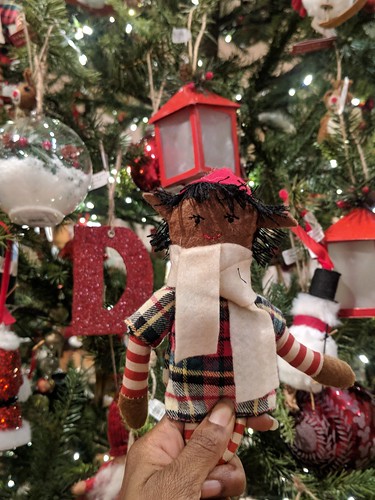 The Pixel 2’s portrait mode looks great, but can be too strong sometimes. Often, I prefer the natural blur in regular pictures and only use portrait mode when I want a stronger effect.

It doesn’t show a real-time preview of the blurred background before taking a picture and you can’t adjust it afterwards. It also automatically saves a copy of both the portrait and non-portrait mode picture, similar to dual capture on the Note 8.

My only gripe with the Pixel 2’s portrait mode is the way it organizes these pictures.

By default, the Pixel 2 creates a folder for each portrait mode picture. Google Photos is the only app that shows them the way you’d expect to see them in the camera folder. Third party aps show a ton of folders with two pictures inside: the portrait mode and regular pictures. There’s no way to change or disable this setting.

For a seamless photo experience on the Pixel 2, you’re forced to use Google Photos or create your own workarounds.

As someone who used the OG Pixel as their main phone for most of 2017, the Pixel 2 hasn’t been the upgrade I thought it would be.

It’s a great phone, but I’m not a fan of its redesign. The metal on the OG Pixel feels better than the plastic “hybrid coating” on the Pixel 2. I miss having a headphone jack. I also prefer the OG Pixel’s pictures over the Pixel’s 2. Both can upload unlimited photos at full resolution to Google Photos for free, but this offer expires in 2020 for the Pixel 2. This lasts a lifetime for the OG Pixel.

Overall, the Pixel 2 feels more like an incremental update to the OG Pixel. So if you have an OG Pixel, stick with it and wait for the Pixel 3. For everyone else, the Pixel 2 is an upgrade. It’s cheaper than the competition at $600 and has one of the best phone cameras you can buy. It’s a pretty good phone too! You can purchase the Pixel 2 now from Verizon Wireless or the Google Store if you’re on different carrier.

Will you make the jump to the Pixel 2? Share your thoughts on the Pixel 2 below in the comments!