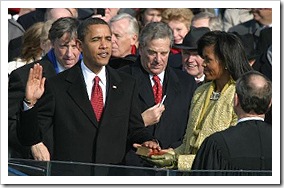 Today the entire world had the opportunity to witness Obama’s Inauguration. To be honest, I missed the speech due to lack of sleep, but I caught everything that came right after the speech courtesy of CNN HD on DirectTV.

However, before tuning into CNN I tried Ustream.TV’s iPhone app that was released last night (just in time). My initial impressions of the app was sub-par. I gave it a 3 star rating in one of my tweets about it. I was hoping to watch the inauguration using their app on my iPhone. Why? Because I can. I wanted to see just how far technology would take me. Plus, I’m not a huge fan of TV, though CNN has become my favorite channel lately next to CWTV for Gossip Girl.

Where Failed Technology During the Inauguration

So what happened? Well about 5 minutes into watching the inauguration on the CNN channel via the Ustream.tv app, Ustream dropped my connection. When I tried to get back in, the stream lagged tremendously. Apparently, Ustream.tv had some problems holding up to the tremendous load. This isn’t surprising, but it is a bit disappointing. Clearly, we still have a long way to go before the internet replaces TV, but it was well worth the try. The video & audio came in clear, and had the connection been kept up I would’ve continued to watch the events from my iPhone.

Not only was Ustream having problems, but I experienced numerous delays with Twitter, their search service, & Facebook. Yet all of these services held up better than I would’ve imagined under the tremendous load of today’s historic event. Many of my friends who didn’t skip class to attend the event, watched the process on Facebook as much as possible. Though a few did revert to the TV (like I did) once the buffering and connection drops became an annoying problem.

The Future of Technology & Media: Together

Still the TV was a much better way of viewing the events and CNN did a great job of showcasing a technology of the future: Microsoft’s Photosynth! For those that don’t know, Photosynth is a technology that allows users to experiences their photos in a 3D/360-degree way. It takes all of the photos from one event and finds relating points on each photograph to connect them and make them into something much more than just a picture. Just head to the website and you’ll see exactly what I’m talking about for yourself. 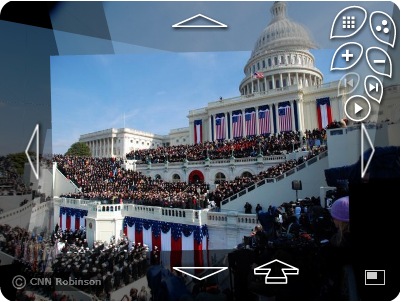 CNN did an excellent job of demonstrating the entire inauguration, more specifically when Obama was sworn in. Thousands of people sent in their photos of the event and CNN used those photos to create a 3D picture of the event as it appeared in the moment from various different angles. It’s an absolutely amazing work of technology and there couldn’t have been a better event to demonstrate its capabilities. I was thoroughly impressed and I’m sure the average user would be blown away.

To The Future of America & Technology

The entire day was a great look at the future of America and the change that I deeply believe Obama will bring to life, especially with technology. From the new redesign of White House website, to Obama taking over the White House’s Twitter account, I was proud and inspired to be able to witness and participate today’s festivities and events. Here’s the the future of America & technology!

Beauty: In The Eye of the Beholder or Algorithms?