The LG V30 a sleek, powerful and surprisingly beautiful. Its glass unibody design is a welcomed departure from the heavy metal look covering last year’s LG V20. Unfortunately, it joins a sea of phones that look eerily similar in design. Is the LG V30 “following the leader” or does it manage to stand out from the crowd? Keep reading to find out!


This post is sponsored by Philips and created with the help of Philips SpeechLive transcription service. However, this review is my unbiased opinion on the LG V30.

What has a big screen, thin bezels, rounded corners, and is IP68 water and dust resistant? Most of this year’s flagship phones.  The LG V30 is one of those phones. It looks nothing like its metal and modular predecessors and more like every other flagship phone released this year.

The front of the V30 is dominated by a curved 6-inch screen wrapped in Gorilla Glass 5. On the back are a pair of dual cameras, fingerprint sensor that doubles as a power button and more Gorilla Glass 5. It’s a variation of the same design on other flagship phones. However, the V30 sets itself apart from the crowd by including a headphone jack and microSD card slot, two features you may not find on other phones.

The V30 is sleeker, lighter and a little wider than a Galaxy S8 Plus. The extra width makes it feel more like a phablet that’s comfortable in one hand, but requires two hands to navigate.

Despite its good looks, the V30’s design feels like a well done imitation of its competition, especially the Galaxy S8s. It’s limited color options also don’t help: Cloud Silver (pictured above) and Moroccan Blue. Some may welcome these changes, but I have to call it like I see it.

The V30’s 6-inch FullVision screen delivers a crisp, bright and vivid experience without sacrificing details that Samsung’s mobile screens lose to high saturation and contrast levels. In direct sunlight or outdoors, the screen has great visibility at maximum brightness. It includes an Always On Display mode and supports HDR10 content, which is like Blu-ray for mobile phones.

You won’t find a second display on the V30 like its predecessors. Instead, a floating bar hovers around the edges of the main screen. The floating bar holds up to five app and contact shortcuts, along with screen capture actions and music controls. It might not sound as cool as having a second screen, but the floating bar is more useful and can be easily disabled without giving up screen real estate.

Ars Technica discovered uneven lighting issues beneath the V30’s screen. You won’t notice it unless you’re looking for it, but it would be better if it wasn’t an issue at all.

The V30’s dual cameras were made for videographers and photographers.

The standard 16MP lens is the first glass lens with a f/1.6 aperture, which should help the V30 perform better in low-lighting. The 13MP wide-angle lens isn’t built the same, but does manage to get rid of the odd distortion effect present in previous V series phones. The V30’s 5MP front camera isn’t worth more than a mention of its existence. 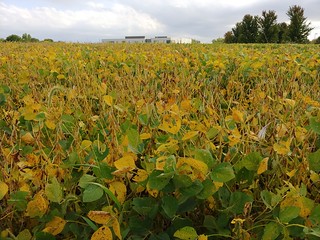 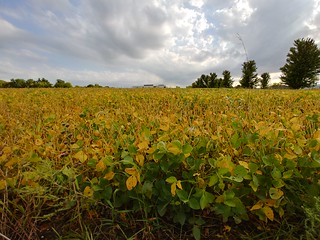 In low light, the standard lens can keep shooting detailed pictures with better color accuracy than my S8 Plus. The wide-angle lens starts to lose more detail without as much light. 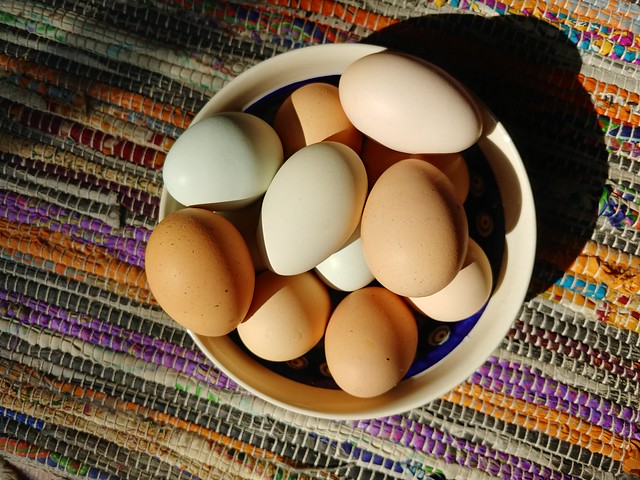 When it comes to video, the V30’s standard lens absolutely dominates. Videos look natural in color, bright and crisp with great sound to match. Indoor and low light videos look sharp, but struggle to maintain a consistent white balance.

The V30 packs 15 different modes to take full advantage of its cameras. However, vloggers and videographers will be particularly interested in Cine Log and Cine Video.

In manual recording mode you can enable Cine Log on the V30’s standard lens (sorry wide-angle fans). This creates a LOG, or logarithmic, that preserves more information in a video file, similar to RAW file for photographs. Videographers and vloggers can work with this footage and fine-tune it to their liking in a third party editing software.

Cine Video mode lets you apply over a dozen filters to videos and houses an exclusive V30 feature called “point zoom”. When enabled, you can tap an area of the screen and smoothly zoom in or out. Unfortunately, the V30’s camera has a hard time keeping focus while zooming in, which kind of defeats its purpose.

The V30’s dual shooters are officially in my top five favorite smartphone cameras thanks to their sharp pictures, wide-angle lens and variety of useful content creation features.

The V30 runs last year’s Android Nougat (7.1.2) update. This is odd for the V30 given LG’s history of being first to ship new phones running the latest Android update.

The LG V30 also continues the Hi-Fi Quad DAC tradition of the V series. This time the DAC gives a notable boost to music no matter what kind of headphones you use. Unfortunately, it doesn’t have any effect on audio from the tiny bottom speaker.

It’s clear LG put some thought behind features that would be most useful without overwhelming users with bloat.

It never skipped a beat while playing Sky Force Reloaded with 12 apps open in the background and music streaming via Google Play Music. Granted, other phones are competing on the same specs, but the V30’s performance feels like it can breeze through anything.

Thanks to Bluetooth 5, the V30 can switch between multiple bluetooth devices to stream media and calls. Unfortunately, it can’t stream to two devices simultaneously like the Dual Audio feature on Samsung’s Galaxy S8s.

The V30’s 3300mAh battery lasted for 8 1/2 hours through constant calls, gaming, photographing, instagramming and watching YouTube videos at max screen brightness. During that time, I was able to squeeze an impressive 6 hours and 12 minutes of screen on time from the V30. Even more impressive is how well the V30 kept cool during all that usage.

The V30 easily makes it through a workday with juice to spare, which is good because it takes close to 2 hours to fully charge. This timing is longer than other flagship phones I’ve tested, but on par with charging times for the LG G6.

If you’re a fan of LG phones because they have features other phone makers are ditching, you won’t be disappointed by what the V30 offers in design and performance. If you’ve been waiting for LG to catch up with competitors in design, the V30 does that and more.

Its design may blend in with the crowd, but its features and performance for content creators really help it stand out. The dual cameras were built with vloggers and photographers in mind. Its screen was made for Netflix and chill. Music lovers will enjoy the satisfying audio boost from the V30’s Hi-Fi DAC. Coupled with breakneck performance and long lasting battery life, the LG V30 is a solid flagship phone.

The V30 is available October 5th in the US with a two year warranty and a price tag around $800. AT&T is the only carrier offering the V30 in-store on October 5th for $810 or $27/month for 30 months via AT&T Next. If you buy the V30 before November 13th, AT&T will throw in a free Google Daydream View VR headset. You can pre-order the V30 on T-Mobile for $800 or $30/month for 24 months with $80 down, but might have to wait until October 13th to get your hands on it. The V30 is also hitting Verizon and Sprint’s shelves though no pricing from these carriers is available yet.

*A special thanks to LG for providing the LG V30 featured in this review.*