The G6 is the kind of phone LG should have made a long time ago: a powerhouse 5.7-inch screen wrapped in glass and compact enough to comfortably use with one hand. LG has a winner on its hands, but does the G6 standout enough to choose over the competition? Read on to find out!

The G6 is by far the best looking phone LG has ever made.

The front of the G6 commands attention the minute its 5.7-inch screen lights up. Thin bezels help the screen take up nearly 80% of the front. Even more impressive is how LG packed a bigger screen than the Pixel XL into a smaller and lighter body.

Unfortunately, the Galaxy S8 one-ups the G6 with a bigger display (5.8 inches) and resolution in a slightly shorter and lighter body.

Corning Gorilla Glass 5 covers the back of the G6, while only Gorilla Glass 3 covers the front. A metal band runs down the corners and sides of the G6, adding protection against drops. Around the band you’ll find a headphone jack, USB-Type C charging port, speaker, volume rockers and a SIM/MicroSD card slot.

Dual cameras with flash and a lighting fast fingerprint sensor that happens to doubles as a power button can be found on the back of the G6.

The result is a simple, smooth, and shiny unibody design. You won’t find any humps, removable batteries or a carrier logo on the G6. However, you will find a number of prints all over its glass body from just about anything it touches.

The G6 is rated MIL0STD0810G, meaning it can withstand drops on hard surfaces. It’s also IP68 waterproof to withstand dust and getting wet for a few minutes. I wouldn’t put these things to the test, but they’re good to have if you ever need them.

The G6’s screen takes up nearly 80% of its front. It has a unique 2:1 aspect ratio that offers more screen space than most phones. To make apps more compatible with this new ratio, LG offers an option to scale apps accordingly Settings > Display > App Scaling.

The G6 has one of the best screens out. It produces bright, sharp images and vibrant colors that hold up well next to other flagship competitors. The G6 uses a high resolution IPS screen versus AMOLED, which means the blacks won’t be as deep as those on the Galaxy S8. It also means the G6 won’t support Google Daydream VR.

Indoor brightness levels are great, though a little dimmer than the Pixel. Outside, in the summer sun, the screen struggles through glare and reflections.

Impressively, the G6’s screen is Dolby Vision and HDR10 compliant. The quality of these formats are so good that you feel like you’re watching a Blu Ray movie! Unfortunately, you’re limited to scavenging YouTube, Netflix and Amazon Video for a limited selection of content in this format.

Shipping with Android 7.0, the G6 is already a step behind the 7.1.2 update shipping with the Pixel. It’s the first non-Google phone with Google Assistant, but Assistant is now widely available for most the latest Android phones.

The G6 rocks LG’s UX 6.0 skin, which is similar to the skin on last year’s LG V20. Rounded square icons litter the home screen, but can be quickly remedied by enabling the app drawer option in Settings. Aside from minor visual tweaks, LG UX is conveniently closer to stock android than previous iterations, which I enjoy.

There’s also a moderate amount of bloatware preinstalled. Aside from the 14 Google apps preloaded on the G6, LG has 7 apps of their own and your carrier is likely to add a few more. Only a handful of these apps can be uninstalled. The rest can only be disabled.

While it may not bother most, you may wish you could completely remove the rest after noticing nearly 11GB of the 32GB storage model is already claimed before you do anything to the G6. Those that choose the 64GB model truly may not be bothered by this as much.

The dual rear cameras on the G6 offer two viewing options: standard and wide. No matter which one you choose, both cameras are quick to focus and snap great pictures. They also do a pretty good job recording 4K videos.

Daytime pictures look bright and sharp, while colors look natural. The HDR setting handles contrasting scenes nicely as seen in the shots below, though details can sometimes get lost. 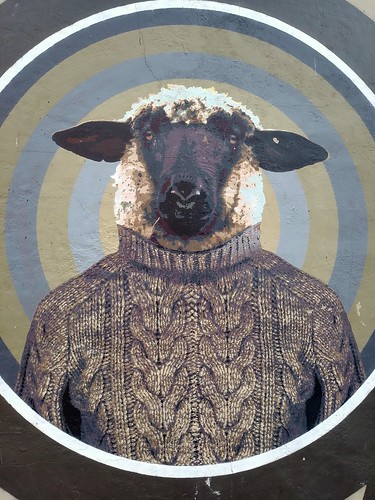 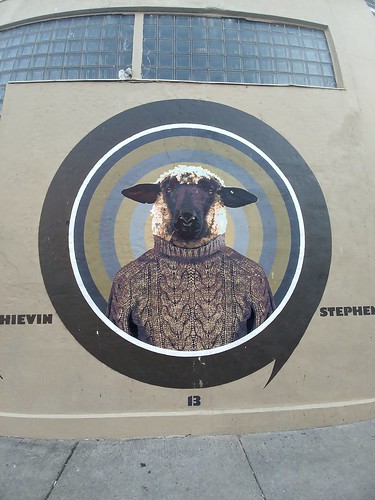 The biggest area for improvement on the G6’s cameras is in retaining small details, which often look watered down. The G6 also tends to go a little overboard on sharpening images and it’s not always a good look.

As the lighting gets low, the camera software can do a great job keeping noise levels down. However, the results are often soft and watery in areas. The wide angle lens is pretty much on par with the standard lens in low light shots. 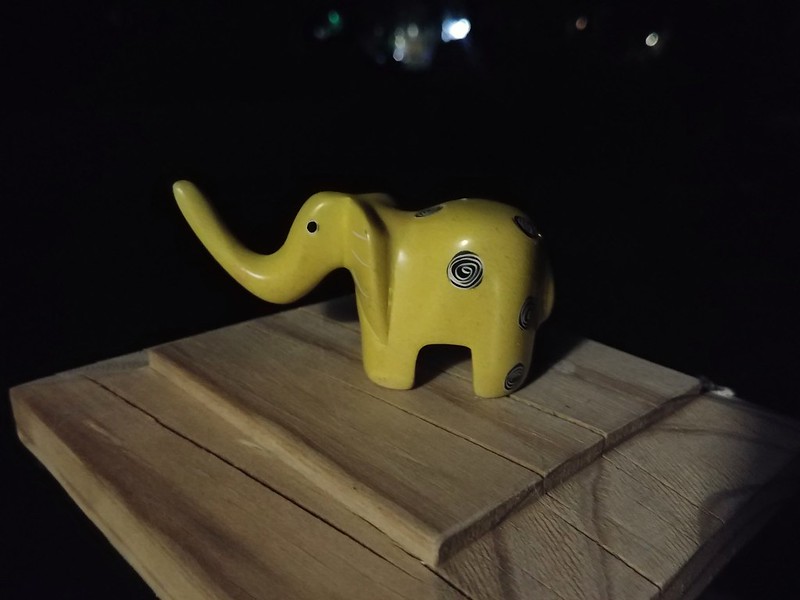 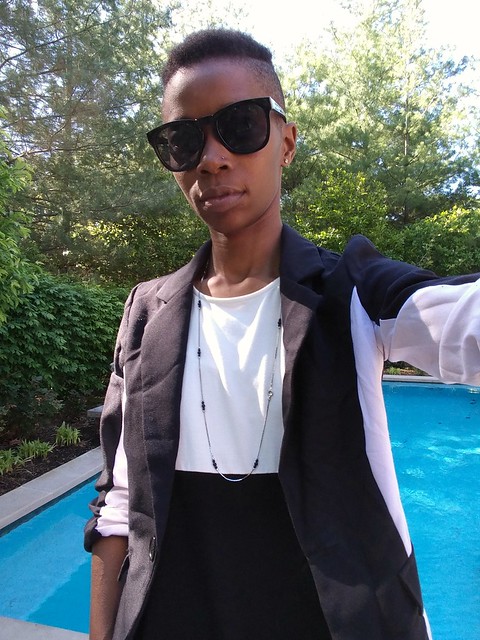 The camera app’s standout feature is a new “square” mode. The iPhone has long had this option, but the G6 comes with a few additional tricks. Snap shot shows you a preview of your shot within the camera app, taking advantage of the screen’s 2:1 aspect ratio. You can overlay images to use as guides with Guide shot and create 2×2 grids of images with grid shot. Match shot lets you snap and align two images to create one.

Overall, the G6’s crisp, bright and natural colors images puts its dual cameras in my top five with ease. You’ll definitely find picture quality to be Instagram and Snapchat worthy.

The G6 is powered by last year’s Snapdragon 821 processor compared to the Snapdragon 835 processor powering the Samsung Galaxy S8.

Despite keeping last year’s Snapdragon processor, and coupled with a generous 4GB of RAM, the LG G6 is a high performance machine. Quick and responsive to everyday tasks, the G6 breezes through multitasking and quickly jumps in and out of apps. Games like Asphalt 8 and Bullet Force not only look good, but play smoothly.

As you push the G6 to its limits you’ll notice it warms up a bit, but not enough to cause concern.

Power always comes at a price, but the G6’s battery life won’t pay much. The 3300 mAh non-removable battery makes it through my work day (8am-6pm) with 15-20% remaining. If you’re planning to stay out late the G6 can push through as long as you charge the battery at least once during the day.

You can charge the G6 via the USB Type-C port for rapid charging or wirelessly (US version only) via PMA and WPC devices. The G6 breaks LG’s tradition of non-removable batteries because waterproof and design trends. However, it supports Quick 3.0, which claims to rapidly charge the battery to 50% in 30 minutes.

Even with a 10% head start, the G6 took roughly 40 minutes of charging to make it to 50%. For a full charge, the G6 needs roughly 1 hour and 45 minutes. These aren’t the best charging times for a phone, but they’re not the worst either.

The G6 is an improvement over its predecessors in two areas: looks and screen. It looks great and impressively packs a fantastic big screen into a comfortable form factor.

LG’s best looking phone also happens to look like every other glass unibody phone out. It’s a good look, but the G6 easily becomes another phone in the crowd without offering anything above the competition to warrant jumping ship.

On the other hand, die-hard LG fans will feel right a home with upgrading to the G6. The screen, camera and solid performance makes the G6 a tough contender. It’s also a little cheaper than the Galaxy S8 at $700 unlocked, a decent option for ballin on a budget.

The LG G6 is available now across every major US carrier and unlocked in white, black and silver (aka ice platinum).

**A special thanks to LG for providing the LG G6 featured in this review.