On Monday, March 12th, I participated in my fourth panel at SxSW 2012 titled: “Race: When to Hold it and When to Fold it.” The purpose of the panel was to change the conversation from “What can technology conferences do about diversity?” to “What can attendees do about diversity at technology conferences?” If you have a few minutes to spare, listen to the full panel via the link above.

In this post, I’d like to focus on why recommendations are a big part of diversifying conferences and how conference attendees and speakers can help.

The (Echo) Chamber of Networks

Networks run the world. Networks influence what we talk about, what we pay attention to, where we go, and who we recommend. Conference organizers have limited networks just like the rest of us and tend to invite those they readily know about through their networks. They may also try the Pie Chart of Diversity, which my co-panelist Scott Hanselman digs deeper into on his blog.

Both approaches can cause an echo chamber if the invitations are only being extended to people in similar circles. You end up inviting the choir to preach to themselves. That’s not entirely the fault of conference organizers, but they should have an awareness that allows them to look beyond their networks.

Here’s one way to get around that as an attendee: tell your network. 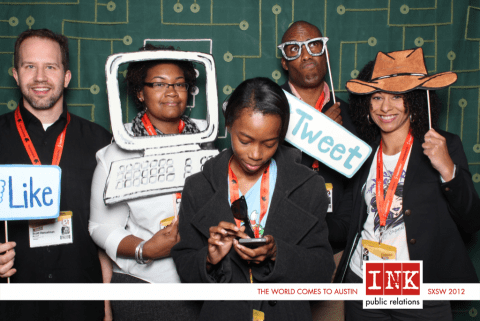 Tell A Friend or Your Network

It’s easy to write-off a conference when it doesn’t reflect your network or culture on the surface. However, there’s almost always an opportunity to create the space for different groups to exist in the same room. To make the room feel more inclusive, you have to bring both networks into the room.

This creates the space for both networks to intersect in ways that diversify the color of the audience and the collective opinions shared. Each one teaches one, bringing about awareness of what’s really going on outside of their own bubble.

So the next time you feel isolated or underrepresented at a conference, ask yourself, “What can I do to change what I see here?” If you don’t, now’s the time to start spreading the word on Facebook, Twitter, via email and other sites.

Let your network know what’s going on! Motivate them to come out and get involved in a cool event with you. You’ll be thankful that you did and you won’t be alone.

I’d like to give a huge applause and cheer to my co-panelists, Adria Richards (Organizer), Latoya Peterson (Moderator),  Anjuan Simmons and Scott Hanselman, for one of my favorite panels ever at SxSW. It was an honor to rock out and educate others with you all!