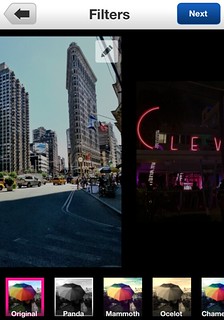 Instagram is making headlines after their new TOS caused many to be concerned about uploading photos to the service. Follow the update, a vocal minority of users have deleted their accounts and others are considering doing the same. While Instagram falls from grace, Flickr stands ready to catch any user looking for a better alternative.

The NY Times did a fairly detailed breakdown of changes to Instagram’s TOS. The second change they noted is the change that’s causing the most ruckus:

2. You could star in an advertisement — without your knowledge.
A section of the new terms of service, titled “Rights,” notes that Instagram will also be able to use your photographs and identity in advertisements. “You agree that a business or other entity may pay us to display your username, likeness, photos (along with any associated metadata), and/or actions you take, in connection with paid or sponsored content or promotions, without any compensation to you,” the new terms say. This means that photographs uploaded to Instagram could end up in an advertisement on the service or on Facebook. In addition, someone who doesn’t use Instagram could end up in an advertisement if they have their photograph snapped and shared on the service by a friend. Facebook already runs ads that make use of people’s activity on its site.

Though it was never Instagram’s intention to sell your photos, that’s pretty much how the new TOS could be interpreted by anyone that isn’t a lawyer. Nilay Patel from The Verge shed some light on the situation and states that Instagram can’t legally sell your photos to anyone. Instagram has also issued an apology and promises to update the new language in their TOS.

It’s still not enough to stop flocks of folks from deleting their Instagram accounts and switching to Flickr.

Flickr is not a new service. It’s been around for a long-time, is home to billions of photos (eve Instagram’s) and is backed by one of the biggest technology companies on the planet: Yahoo. In fact, Flickr’s mobile apps should’ve been little Instagrams years ago, but Yahoo was too slow and let Flickr languish. Now, it looks like Flickr is getting a second chance to shift the public’s attention back to them.

Shortly before Instagram’s debacle, Flickr released a major update for its iOS app. The update includes: 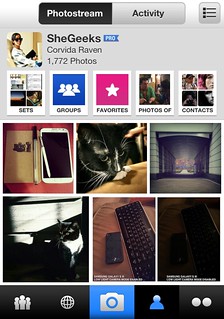 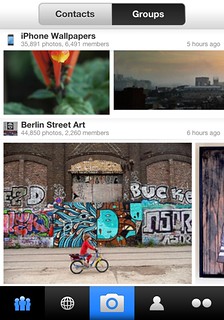 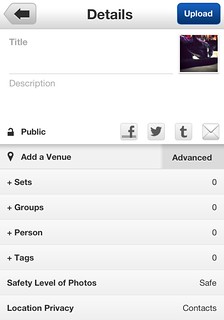 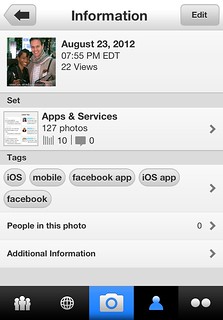 The new Flickr iOS app is also creating a shift for longtime users like myself. Flickr is the place I backup all my photos and host photos for SheGeeks. It’s never been a social network for me and I hardly ever used the iOS app, though I downloaded it. The new look of the iOS app makes you want to use Flickr more socially, but that’s because it looks like Instagram.

Me? I’m waiting to see how Instagram updates their TOS. I’m not interested in being a product just because I don’t pay for service, especially if that service doesn’t offer a paid option! I haven’t uploaded any new photos to Instagram, but if I do photos will be completely tech related with the exception of outdoor pictures that aren’t geo-tagged.

If the TOS isn’t updated again – for the better – before January 1st, I’m deleting my account and sticking with Flickr for good.

I Know Why Black Birders Sing

Instagram Will Soon Show Newer Posts First In Your Feed

Twitter Finally Adds Bookmarks To Save Tweets For Later