For years, Android lovers have been demanding a real Android competitor to the iPhone. Google might be meeting those demands with the Google Pixel.

Using HTC’s design and manufacturing capabilities, Google has made one of the first Android phones to really compete with Apple’s iPhone. The Pixel not only has the best pair of mobile cameras on a phone, but also gets the latest Android updates directly from Google, and comes with Google Assistant (a Siri competitor).  Did I mention it looks a lot like an iPhone too?

I t’s hard to ignore the Pixel’s uncanny resemblance to the iPhone. In fact, I’m often reminded of it by family, friends and strangers that constantly confuse my Pixel with an iPhone.

You can’t blame them. Pixels and iPhones are about the same size, sport the same rectangular, metal unibody and curved corners. Neither have removable batteries or microSD card slots. Both are comfortable to hold and they even have matching antenna lines across their backs and sides.

The devil is in the details. Look closely and you’ll spot subtle differences between the two.

The most glaring difference on the Pixel is the off-color glass panel covering half its back. The fingerprint sensor is encased in the back panel instead of the front. The Pixel’s sides are more angular. The volume rocker sits on the right instead of the left. There’s a headphone jack on top and a USB Type-C port on the bottom for rapid charging and fast data transfer speeds.

Despite the iPhone clone jokes, the Pixel’s design is also looks like the bland design Google applies to all of their web services. Unfortunately, it continues a tradition that has left the Android ecosystem littered with cookie cutter designs. I was hoping Google would flex a little more creative muscles around this just as they did with the Nexus line and with Motorola. That doesn’t look to be the case for the Pixel.

T he Pixel doesn’t have the brightest screen in the room, but it is one of the best looking. It effortlessly plays 1080p video through a humble 5” AMOLED Full HD screen. Spec junkies might find the Pixel XL’s 5.5” Quad HD screen a little more appealing.

The Pixel’s screen is sharp, colors are punchy, and blacks disappear like magic. It’s a great screen until you walk outside. Then it becomes hard to see even at maximum brightness. On the bright side, the screen does a better job of deflecting glare from bright indoor lighting.

You’ll appreciate enjoying your media through an old school headphone jack. However, the Pixel’s single speaker is a downgrade from its predecessor‘s dual speakers. It sounds like every other tiny speaker slapped on the bottom of a phone. Stick with the headphone jack.

I f you don’t count Google’s apps, the Pixel ships without bloatware  – not even from Verizon, the Pixel’s exclusive US carrier. It does include a 3-month trial of Google Play Music and unlimited photo and video storage at full resolution on Google Photos. The storage option compliments the Pixel’s smart storage feature, which removes old backed-up photos and videos to clear up space.

Oddly missing from the Pixel are Google Duo and Allo, Google’s new video and messaging apps. They’re highlighted on the Pixel’s official site, but absent from my Verizon review unit.

Android 7.1 is pre-installed and easily upgradable to 7.1.2. I’ve reviewed Android Nougat, but the latest updates bring a few new features including:

The Pixel has two features that separate it from the Android pack: Google Assistant and 24/7 customer support.

You talk to Assistant by saying “OK Google”, or long-pressing the Pixel’s home button. After giving Assistant permissions to track and keep a record of how you use it, you can ask Assistant to show you photos from last summer in Google Photos or your agenda for the day in Google Calendar.

Heavy Google users will love Assistant as long as you don’t mind having your every move across Google tracked. If you don’t use a lot of Google services, Assistant will often bring you back to Google Search for answers.

Located in Settings is a Support tab that gives Pixel owners direct access to Google’s support team. You can start a call or chat directly I’m the tab. Chat support comes with a handy screen share option to make things easier.

I used this feature to help a family friend locked out of her Google account. Support wasn’t really helpful, but my friend eventually got back into her account. It’s nice to know this feature is available, but it hasn’t been necessary for me.

Y ou can ask Assistant to “take a picture (or selfie) in 5 seconds,” or double press the power button to quickly open Google Camera and take a picture.

Google has bragged a lot about the Pixel’s camera and you really can’t blame them. To me, it’s the best mobile camera on a phone right now.

The 12MP back camera focuses instantly on subjects centered in the frame and you can quickly adjust the focus with a tap. The results are sharp, detailed and well exposed pictures inside and out. Colors look natural, balanced and have a pleasing pop. The back camera is prone to creating lens flares when aimed at a nearby light source, but the 7.1.1 update greatly reduced this issue for me. 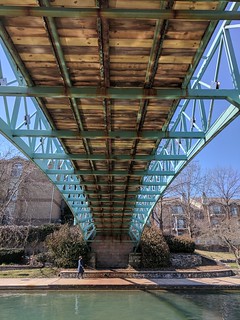 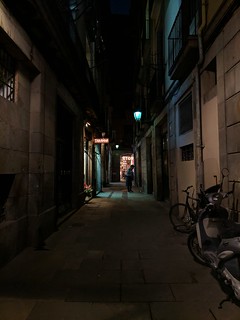 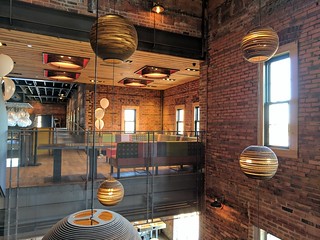 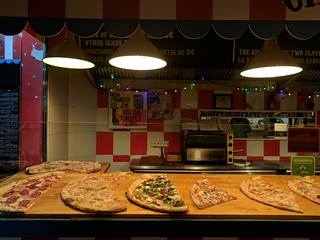 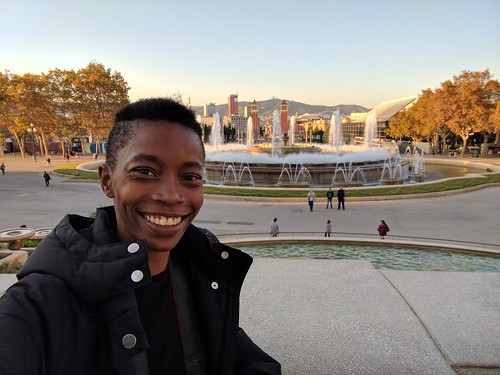 You won’t find any “beautify” features here and you won’t need them. Selfies look sharp, clear and well exposed. Colors have a nice pop even in low lighting. My only grip with the Pixel’s camera is its struggle to focus on anything close due to a short focus distance.

Videos recorded on the Pixel look just as good as pictures. Enable video stabilization to minimize camera shakes and you can produce a high quality recordings. The Pixel can record at 720p, 1080p full-HD, 4K and slow-mo.

Google Camera isn’t packed with features, but there are two worth pointing out: lens blur and HDR+. Lens blur attempts to give your pictures a nice blurred background effect, but it’s not perfect. It struggles to create clean transitions between the foreground and background. Sometimes the blur is too strong or borders on looking unnatural.

HDR+, a feature from the Nexus line, helps make your pictures look better. It works especially well on pictures taken in low lighting. Enabling it creates a slight shutter delay, but not enough to miss a great shot. HDR+ pictures are also processed a lot quicker than on last year’s Nexus 6P.

Does the Pixel have the best camera on a smartphone right now? Arguably so. It may not have a ton of features, but with HDR+ and these cameras you won’t need much.

R un any benchmark app and the Pixel will likely rank in the top 10 thanks to Qualcomm’s Snapdragon 821 processor and 4GB of RAM.

The Pixel keeps up with my photo processing ritual for Instagram with ease, effortlessly switching from VSCO, SKWRT and Adobe Lightroom Mobile without lagging. The Pixel may not be a spec junky’s dream phone, but it holds its own against the competition in real world usage.

All that power comes at a price: battery life.

Battery life is my biggest gripe with the Pixel. Heavy phone users will need to charge up before the end of the day. The lighter your usage, the better your results will be.

I can squeeze roughly 20 hours of battery life before needing to charge. I’m also asleep for 6-8 of those hours.

Qualcomm’s Snapdragon 821 processors conveniently brings quick charging technology to the Pixel. You can charge the battery from 0-50% in just 30 minutes. You’ll need a full hour and a half for a full charge, which isn’t bad.

T hough there’s a lot of comparison between the Pixel and iPhone, that’s not necessarily a bad thing. The Pixel gets immediate Android updates, has a fantastic camera and deep integration with a number of Google services. Just like the iPhone, only with Apple’s services.

Android enthusiasts have been demanding a phone that competes with the iPhone for years. The Google Pixel comes closest to meeting that demand. It’s certainly setting a high bar for the future of Android.

Starting at $649 for 32GB Pixel and $769 for the 32GB Pixel XL, the Pixels carry a premium price tag. If a great camera, the latest Android updates, and deep integration with Google services is what you’re looking for, the Pixel is worth every penny.

**A special thanks to Verizon for providing the Pixel featured in this review.
Tags: Google