DJI’s Mavic Air is arguably the most compact and powerful consumer drone you can buy. It’s a big upgrade over the DJI Spark, with enough power to give the Mavic Pro a run for its money. For those interested in stepping up their drone game, here’s a look at the DJI Mavic Air.

The Mavic Air’s design is a winning combination of the Spark’s compactness and the portability of other Mavics. In fact, DJI claims the Mavic Air is as tall and wide as a smartphone when the arms and omnidirectional antennas are folded in. They’re right if the smartphone is an XL model like the Samsung Galaxy Note 9 pictured above.

Around the body of the Mavic Air are seven cameras: a 12MP camera for taking pictures and six others (two on the front, rear and bottom). The main camera is also stabilized on a  3-axis gimbal to keep videos smooth while flying.

On the rear of the Mavic are vents that pull air through to help keep the drone cool. Tucked behind a rear cover is a microSD card slot and USB Type-C port to transfer files. There’s also 8GBs of storage built into the Air, but you should still invest in a dedicated microSD card with at least 32GB of space.

The Air’s redesigned battery snaps into the bottom of the body. Each battery takes over an hour to fully charge and can’t be charged directly from the drone. The included charging cable conveniently has a USB port to charge the remote control, or your phone, simultaneously. The cable can also be paired with a charging hub to charge multiple batteries (not simultaneously).

Flying the Mavic Air is as easy as using hand gestures (SmartCapture mode), your phone or the included remote controller. The controller feels the most tactile, has detachable control sticks for greater portability, and includes a Sports mode toggle to fly at speeds up to 42mph. It also has phone clamps and includes cables to to a phone and use the screen as a flight display.

What I love most about flying DJI drones are how stable and responsive they feel. Even in light winds, the Mavic Air remained steady or zipped along when I hit the controller throttle. It has its limits (23mph winds, rain or snow), but they’re easy to avoid.

Precision is another feature I love about DJI drones. The Mavic Air not only flies with precision, but is smart about avoiding obstacles. This is largely because of its new FlightAutonomy 2.0 system onboard. The system collects and sends data from all seven cameras to the Air’s processor, which helps the drone hover with precision and fly better.

The Air’s front, back and downward vision systems use this data to stop the drone from blindly crashing into obstacles. Its Advanced Pilot Assistance Systems (APAS) tries to be more proactive. APAS uses the data to create flight paths around, over and under large objects. When enabled, the drone takes a path around an obstacle instead of just stopping.

The Return-To-Home feature also uses this data to retrace paths back to the Home point and try to avoid obstacles along way. If any of the vision systems sense an obstacle too big to go around, the drone hovers and waits for your instructions.

I flew the Mavic Air for a solid 16-17 minutes before the battery hit 30%, which is about 6 minutes more than I got out of the Spark. Another 5 minutes and I would’ve hit DJI’s 21-minute flight rating for the Air. Overall, it’s just long enough to cover one location, but for multiple locations you’ll need extra batteries.

The Mavic Air’s 12MP camera takes sharp, punchy and well exposed pictures that you’ll rush to post on Instagram. The included HDR setting works great on high-contrast scenes, though sometimes introduces too much noise into pictures. Fortunately, you can also shoot in RAW or use the Auto Exposure Bracketing (AEB) setting to capture great dynamic range.

The Mavic Air also stitches 32MP panoramas together in 8 seconds. It takes a minute to capture the panorama, but the results are highly detailed though not entirely perfect as seen in the panorama below. The DJI Go app shows a TinyPlanet for a thumbnail that dives into a 360-view of the panorama when tapped. However, you can only save the panorama, not the TinyPlanet. 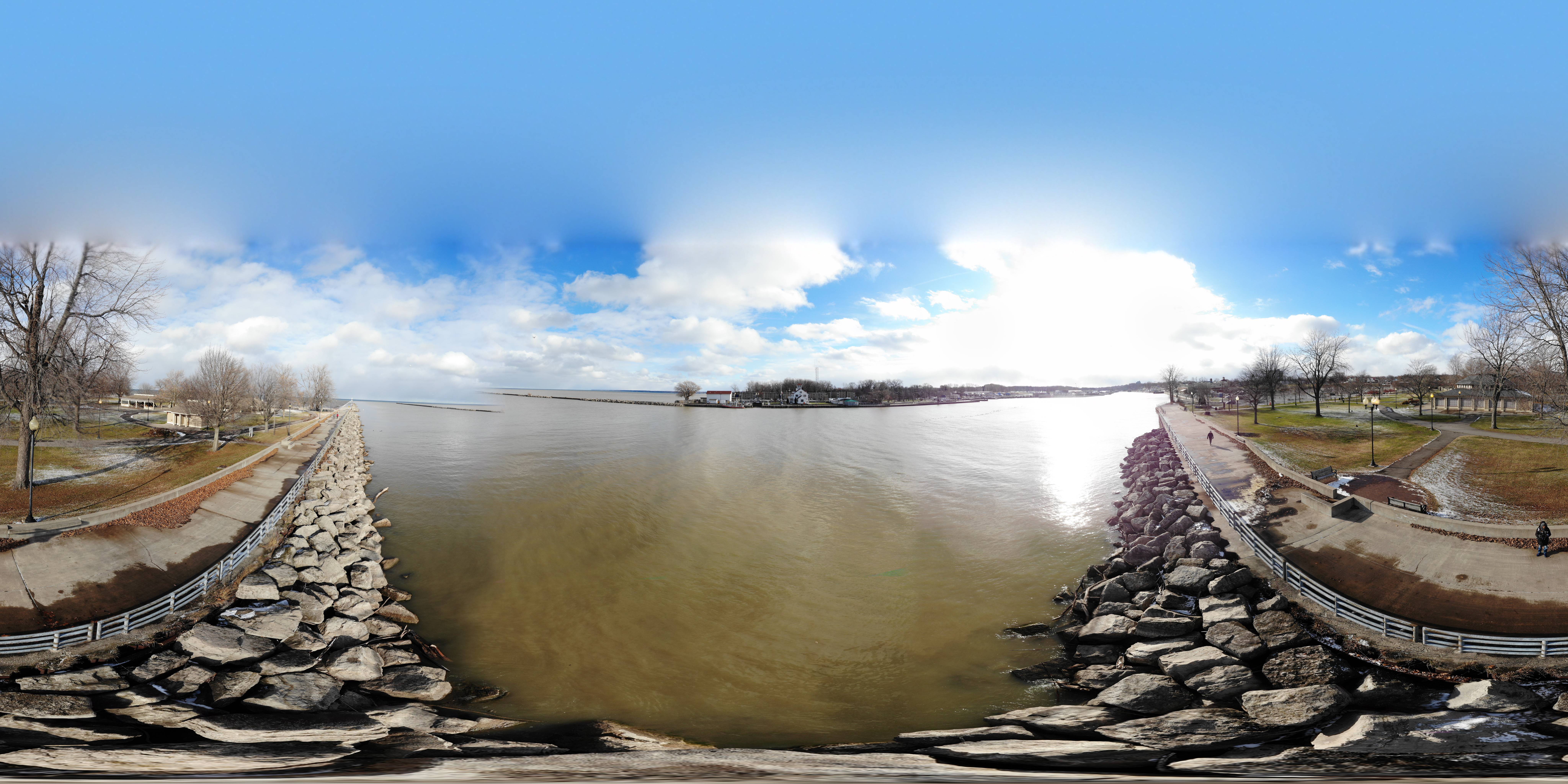 The Mavic Air records 4K videos at 30fps and amazingly smooth slow motion videos in 1080p at 120fps. Filmmakers might be disappointed by the lack of a D-log color profile for videos, but a D-Cinelike profile is available that offers great dynamic range when editing videos.

Fortunately, you don’t have to be a professional filmmaker or even the best pilot to get great videos with the Mavic Air. Features like Cinematic mode adjust settings automatically to glide into stops and starts for smooth videos.

There are also half a dozen Intelligent Flight modes available that automatically and effortlessly capture cinematic videos. My favorites are the new Asteroid and Boomerang modes. Asteroid creates a creative 360 video panorama. Boomerang does a smooth circling effect that moves the drone away, then back towards you or a point of interest.

CONCLUSION // SMARTER THAN EVER

It’s hard to overstate Mavic Air’s level of compactness and portability. Using the DJI travel bag, I traveled from New York to Georgia to California with the Mavic Air, three batteries, remote controller, charging hub, and other accessories. Everything fit perfectly in the bag, which fit perfectly at the bottom of my backpack with room to spare.

The amount of technology packed into the Mavic Air is impressive. Obstacles are the biggest killers of drones. So, it’s reassuring to see DJI using their research to make an impact in this area for consumers. FlightAutonomy 2.0 and APAS show how committed DJI is to ensuring careless, but common, mistakes don’t cause you to crash and burn.

Whether you’re a beginner or novice the Mavic Air packs enough power to make anyone look like an expert at filming and flying with drones. It’s ridiculously easy to fly, compact enough to take anywhere and one of DJI’s most powerful drones to date. It’s also a little pricey at $799, but a worthy investment if you enjoy taking pictures, making videos, and traveling.