From June 28 – July 16th, I had an incredible opportunity to travel overseas to three countries for the first time in my life. Berlin was my first stop for mLove, a mobile tech conference. Next, I spent time exploring Amsterdam and ended my travels in Scotland for TEDGlobal 2011.

To keep this long adventure digestible, this post is broken down chronologically by city. 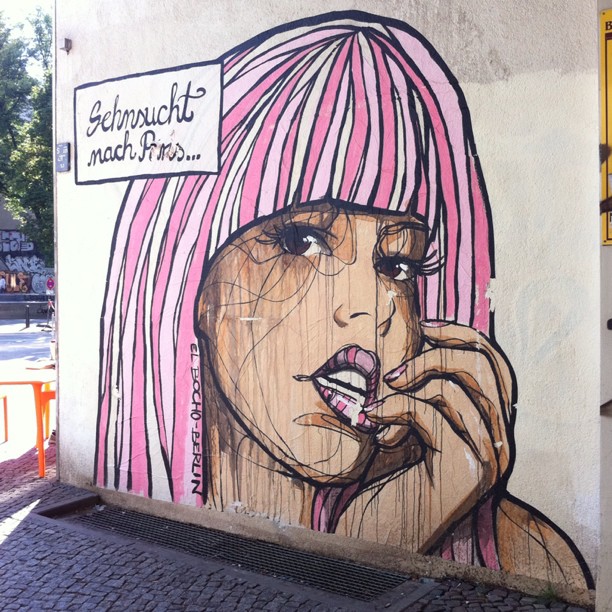 I didn’t know what to expect for my first international flight.

I packed a lot of layers to travel through the unpredictable weather of three countries. When I arrived at Berlin, I was fascinated by the amount of smoking that took place directly outside the airport doors. The US tries to act too fancy for that with no smoking laws. Berlin could care less. I thought it was bold if a little rude.

Within minutes I was on my way to the castle that the mLove conference took place at. On the way, I noticed two things about Berlin: there was a lot of graffiti and beautiful, massive wind farms that could be seen when leaving the city! Two months later, I still dream about those massive wind mills. The graffiti was everywhere and blended so well into the environment that some works seemed like little kids coming out to play as you walked through the city of Berlin.

I was a nervous wreck the first two days at mLove. Ill prepared, I didn’t have any euros because I didn’t understand the currency exchange process (I do now). mLove was held at a castle that wasn’t equipped with wifi when I first arrived. It sent me into a panic attack that I never want to experience again.

I stayed in a Pension that reminded me of my family reunions in Georgia as a kid. You only went inside the house to shower and sleep. The same rule applied to my pension. Everything was immediately differently, yet subtly familiar from my life back home.

Inside the pension I had an incredible experience that gave definition to being overseas. The sun didn’t set until well after 10pm the day I arrived. What was more startling was the sun waking me up at 4:45am the next morning! It looked like 10am in Miami at 4:45am in Berlin.

As I mingled and met the amazing people at mLove, they inspired me to present about the cost of mobile, why mobile is still a luxury, and how much the latest mobile device really costs. I was experiencing first hand the cost of mobile when flying overseas. After my panel, I ran into Beverly Jackson, Social Media Strategist for the Grammy’s. Over dinner, Beverly noted that I shouldn’t focus only on access and money, but also on usage and getting people to understand how to use the tools and capabilities of the tools they possess.

I left mLove with a host of new connections, insights, and questions to chew on.

In The Streets of Berlin

I spent my last days in Berlin with Margaux and her husband. I was introduced to her on Facebook by an incredibly talented artist name Aissata (visit Aissata’s Facebook fan page), a few weeks before I left for Berlin. Within minutes of meeting, Margaux and I were talking like we’ve always known each other. She shared some great stories and I found we had a lot in common despite our diverse backgrounds.

While in Berlin, I biked through the city streets, spent a lot to time at cafes people-watching, and did some shopping. I purchased a pair of slouch back Chucks from the Converse store in Berlin. I met up with Alexander Kölpin (blog) to talk about the growing tech scene in Berlin and the opportunities that are being created. I also  purchased my first pair of Adidas from the Slvr line with Alex. I had an amazing time in the streets of Berlin shopping for vintage Converse, talking tech, and enjoying life in Europe.

I want to share a moment I had during my first day with Margaux and friends in Berlin. I was in a car in Germany with French and African citizens speaking French and English while listening to hip-hop on the way to a Spanish bar. What are the odds that I, a black young woman from an underprivileged background, would ever end up in a situation this beautiful? I’m grateful for the experience.

I decided to celebrate the 4th of July in Amsterdam. We’re all aware of the reputation that Amsterdam has, but that has radically changed for me. Amsterdam is one of the most beautiful cities I’ve ever visited. The architecture throughout the city was absolutely amazing. I loved how communal and inviting the city seemed. I’m so blessed to have been able to visit this city during a time of renovation. A lot of construction was happening and I look forward to returning in the future to see how things turn out.

I tried Kobe beef for the first time at the Burger Bar. It was great and I am NOT a fan burgers. For the first time in my life, I also encountered a city with no food culture of it’s own. That’s a very strange thing to me and I wondered about the life of the people that live here, and what their diets were. Amsterdam was a different world, but I found it difficult to get lost in it. 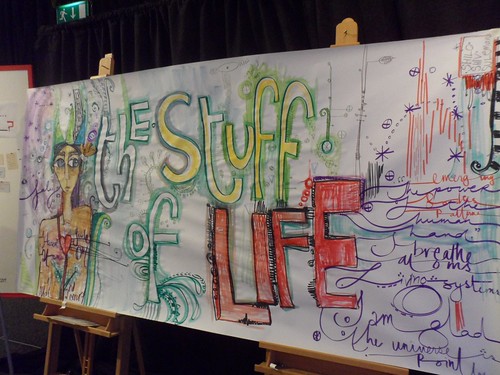 By now, I was honestly very tired of meeting new people. My brain was overloaded from my travels when TEDGlobal rolled around. Edinburgh was a different city with an old and historic air about it. It was also cold, which my southern blood did not appreciate.

The experience of TEDGlobal had a major impact on the way I now view my work at TED. From the TED Fellows to the speakers, to the brilliant TED team from NY and Vancouver, it was truly a mind blowing experience to be a part of such an environment. I walked away with a ton of stories and experience.

I remember feeling daring and I decided to do something totally out of my comfort zone. I hiked up Arthur’s Seat. It may not have been a real hike, but it certainly was for me. I’ve never done anything like that before and when I made it to the top of the hill I was overwhelmed by the breathtaking view of Edinburgh. I sat down and reflected on my time abroad and life changing the experience had been in less than 20 days.

My first trip overseas was perfect. Berlin was challenging. Amsterdam was full of beauty and Edinburgh was simply profound. I met some amazing people and experienced cultures far different from my own in many ways — and not unlike my own in others. I grew tremendously from this experience.

I missed my family, friends and my significant other a lot. There was so much I wish they could’ve seen and experienced with me. Missing them made me appreciate those who welcomed me with open arms even more. I thank every soul who made this trip possible, incredible and beyond my wildest dreams. It was an honor to have had the opportunity to share this experience with them.

Stay tuned for more! Next week, I will follow up on this blog post with a look at the gadgets and apps that I used while abroad.

*Disclosure: I am the Conversations Catalyst for TED. Most of my travel was made possible by the great folks at mLove and TED. My passport, travel to Amsterdam, and a portion of my stay in Berlin was made possible using my own funds and Facebook.