Be honest: when’s the last time you got excited about something BlackBerry released? Don’t worry, I’ll wait…

For me it was their first tablet, the BlackBerry Playbook. The Playbook looked good, showed potential, but was DOA. The highly anticipated relaunch of BlackBerry Messenger (BBM) for Android and iOS is no different and here’s why.

Blackberry Messenger sticks out like a sore thumb on Android. You’re immediately greeted with a clunky, gradient navigation bar, big buttons and lots of whitespace – a throwback Instagram look. It feels as if BlackBerry tried to bring their mobile OS to Android instead of adapting to a new environment. The same design isn’t so glaring on iOS, and it’ll be interesting to see if BlackBerry re-releases the app with a design more in-line with iOS 7. 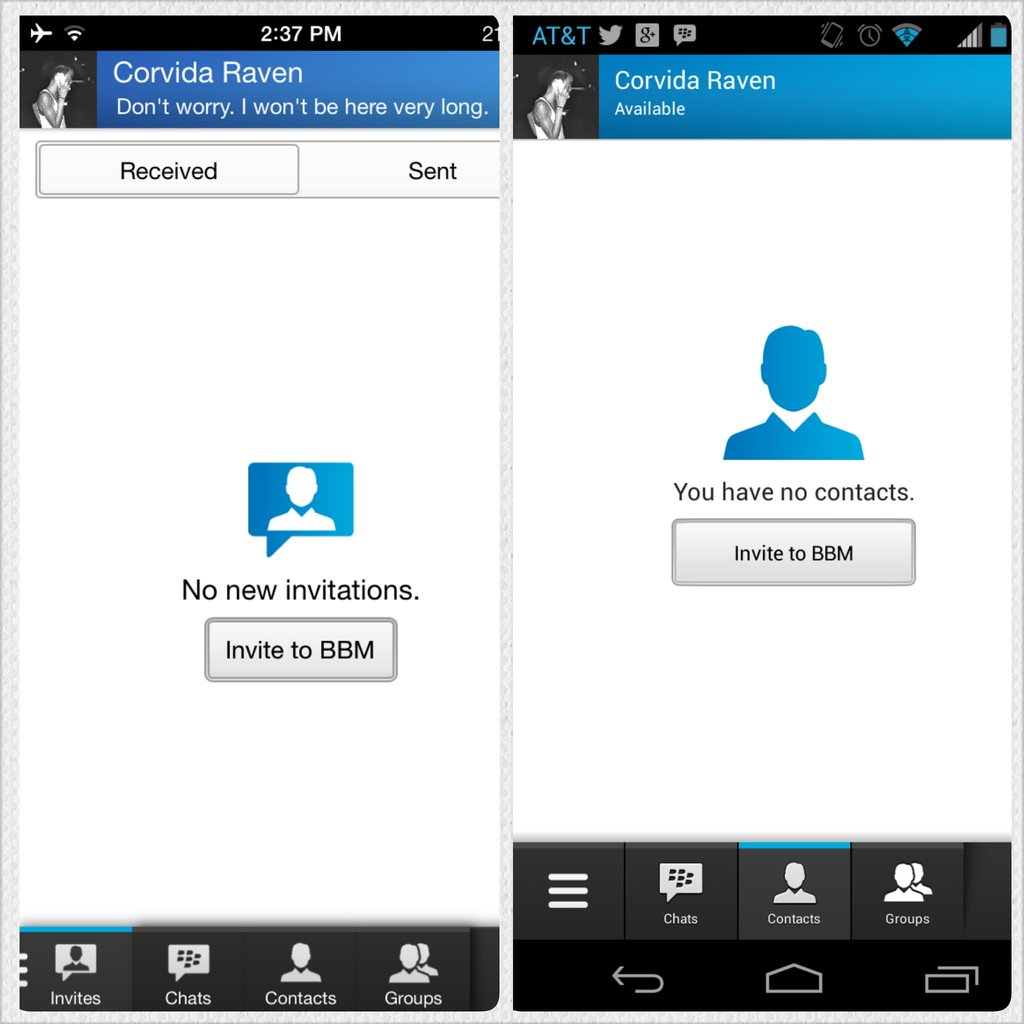 Navigating the app is like navigating a maze. Tapping the top navigation bar shows you profile options like adding your name and updating your status. You can also generate a barcode for friends to scan and pick up your BBM pin or simply start a new chat. The bottom navigation bar gives you quick access to existing chats, contacts and groups. Swiping to the right or tapping the menu icon gives you access to the same navigation options, in addition to contact updates and invites sent/received. Swiping to the left or tapping the options icon brings up more chat actions (multi-person chat, broadcast message, invites), app settings and help information.

Many Ways To Conversate

There are a host of options for inviting others to chat on BBM including via SMS and NFC. Once you’ve got a chat going you can add another person to the mix or send file attachments (pictures and voice notes only on iOS). Tapping the top bar in a chat takes you to your friend’s profile. Bringing up the options menu in a chat lets you end a chat, ping someone or copy a chat. Keep in mind, ending a chat deletes all of its messages, but Blackberry does provide an option to save chats in the app’s settings. 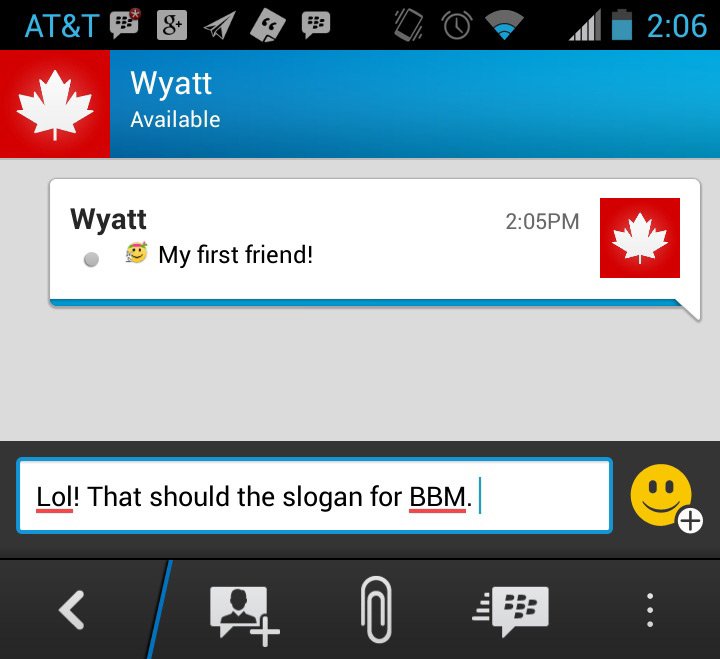 The Bright Side of BBM

On the bright side, BlackBerry Messenger is arguably more efficient than competitors. It’s not bogged down with a bunch of features like Google Hangouts and supports group messaging, emojis and media attachments just like Whatsapp. You’re also not at risk for being bombarded with random chat requests thanks to BBM’s infamous pin system. It has everything the average user would need from a chat app and nothing more.

On the other hand, power users may find the app to be too minimal. It doesn’t support video chat or landscape mode.  The design really needs a makeover and the Android version has a creepy BBM icon that stays in the notification bar.

Unless you have a good group of friends still holding on to their BlackBerry’s, or you’re Olivia Pope, you’re really not missing anything.