This month I had a great opportunity to get away from New York City and enjoy the outdoors at the Virgin Mobile FreeFest. If you ever wanted to spend the day partying with some amazing bands, FreeFest is the place for you.  Best of all, it’s free!

Virgin Mobile FreeFest is a full day of outdoor fun at the Merriweather Post Pavilion in Columbia, MD. Over 20 artists and bands come out to rock three stages…at the same time! There’s also art exhibits, a ferris wheel, great food, an insane variety of drinks, and thousands of people  joining in on the fun.

How can a festival with over 20 different musical acts manage to be free for everyone? For Virgin Mobile, it’s about giving back. FreeFest directs the public’s attention and efforts towards youth homelessness.

Instead of asking the public to pay for tickets, they ask the public to donate $10 or more to The RE*Generation. The RE*Generation house is a homeless shelter in Washington, DC built in partnership with Sasha Bruce Youthwork. In just three years, they’ve managed to raise nearly $600,000, generate more than 75,000 hours of volunteer time and create over 25,000 outreach kits.

Virgin Mobile invited me to the event along with other digital influencers like Joe Miragliotta of JoesDaily, Janee Bolden of Bossip, Robby Weiss of ALBOTAS, and Allie Shain of AllieisWired. We were immediately taken to the VIP area, a relaxing spot away from the hustle and bustle of the festival. Inside the area, there were a nice range of couches, chairs, and beds to relax, drink and make new friends. 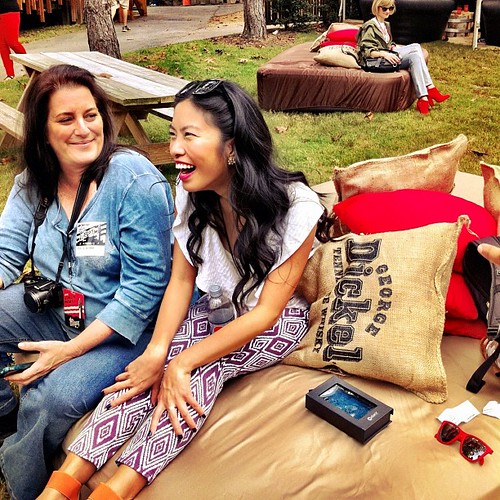 There were two surprises in the VIP area: the appearance of Richard Branson and a 7 for All Mankind iPhone case.

Richard Branson dropped in for an interview in the VIP area before heading out to bartend at FreeFest. Instead of running up to greet him I simply watched the way he interacted with the crowd. Branson was a real charmer and I thought it was really cool that he made time to take a picture or answer a question for just about everyone that approached him. He was relaxed and kept a smile on his face the entire time. 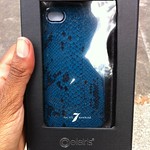 As for the iPhone case, I needed to replace my Gameboy case and 7 for All Mankind offer was pretty slick. Where my Gameboy case felt big and lose, the new case – made by Cellairis – fit my iPhone 4 like a glove. So far, it’s done a decent job of protecting my phone against drops, but managed to pick-up a few scratches.

Thankfully they aren’t deep and haven’t chipped the color of the case, a rich and dark teal snakeskin print inspired by a pair of 7 for Mankind jeans.

After relaxing and mingling in the VIP area, it was time to check out a few acts. There were two artists in the FreeFest line-up that were high on my list to see: Santigold and Nas. These were the only two performers on the bill that weren’t catering to pop, rock, or alternative fans. 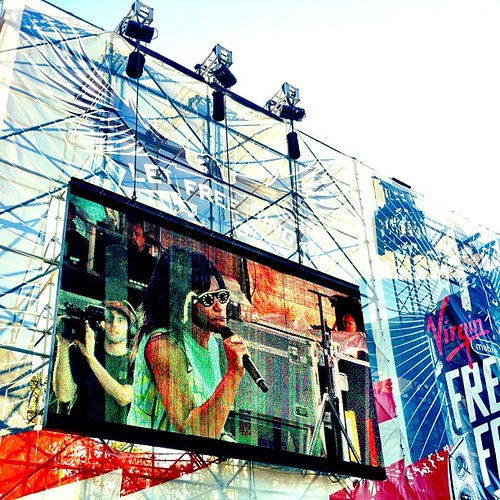 Before FreeFest, I’d only heard bits and pieces of Santigold’s music. So I really didn’t know what to expect from her. Having the chance to hear her live was phenomenal. She gave a vibrant performance with her dancers and her music was so fun and raw! Being even more excited for Nas, I was anxious and excited by the time Santigold wrapped up. She really set the stage for Nas, and they both drew quite a crowd.

Unfortunately, Nas didn’t execute very well. In fact, he was the laziest performer that I saw at FreeFest with little connection to the audience beyond his raps that most people don’t know. After about 10 minutes of watching him, I left to explore the rest of FreeFest.

Towards the end of the festival, one of the Virgin Mobile 25 influencers asked me to join him in seeing Jack White perform. I had no idea who Jack White was and I wasn’t really interested in hearing any more rock musc. But, I decided to see what the fuss was all about.

I’m glad I did because Jack White gave the best performance ever. He completely blew away Santigold and Nas. I’m not interested in Jack White’s music, but the all girl band and his connection with the crowd made for a powerful experience. At the end of Jack White’s set, I walked away thinking, “Now that’s how you put on a show!” I was beyond impressed.

After walking away from the Nas set, there were a few things I saw and did. First on my list was to grab a batch of the famous Maryland Boardwalk fries. They were good and not too salty, but I still think McDonald’s fries are better. At the skateboard park I caught a picture of a litte boy kicking butt on his skateboard with the big guys. I couldn’t help the 10 foot smile that spread across my face when I saw him. 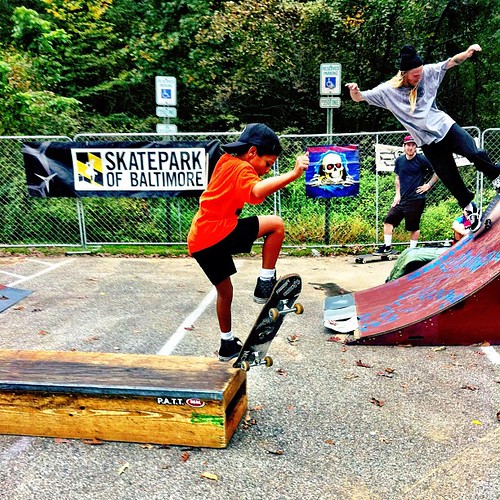 Last and most surprising for me as a geek, was the LG ChromaCube. It was one of the few spots at the festival that consistently played rap, hip-hop and R&B music. Quite frankly, it was like walking into a club – and yes, people were dancing. The main attraction in the Chroma Cube was a live project painting where famous artist Shantell Martin used an LG Optimus Elite to draw backgrounds for people to take pictures in front of. (ChromaCube pics here). I became aware of Shantell in 2010 when she spoke about so passionately and eloquently about rediscovering “our creative seed” at the PSFK conference. My mind was blown after seeing her casually kicking it in the ChromaCube and drawing for the crowd.

Another highlight of the ChromaCube was the charging lockers. There were a plethora of chargers in little lockers that you could use to charge you devices. You could hang around the lockers like I did or stick your phone in the locker, lock it and take the key with you. This was a gadget saving solution for me after spending too much time taking photos, editing them in Camera+, then sending the finished products to Instagram and Facebook. Charging lockers, not stations, should be at every major event, especially SxSW.

All in all, I had a great time and give tremendous thanks to the Virgin Mobile team for flying me out to such an amazing event. The fact that FreeFest has been free for three years is an astonishing feat! Even though it’s free, it’s not without a cause that everyone should support: supporting our homeless youth. I’m happy to have worked with a company that not only understands the impact it can make, but actively goes after it and gets everyone involved.

When you live in NYC, going to the country for good music, food, and people makes for the best weekend getaway ever. It’s even better when you get to help someone else along the way.