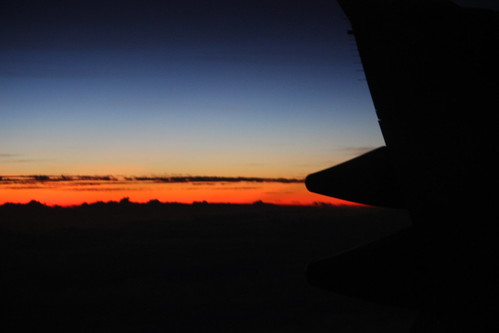 In 2011 during a dinner with Beverly Jackson, Director of Marketing, Strategic Alliances and Social Media at The Recording Academy, she challenged me to leave the US once a year. I had recently taken my first trip out of the country where I reconnected with Beverly at mLove. I smiled and accepted the challenge.

This year I received an invitation to speak at the amazing X Media Labs in Sydney, Australia.  I didn’t have a clue about Australia beyond kangeroos, Finding Nemo, and a large number of poisonous animal. On the other hand, here was an opportunity to meet Beverly’s challenge. So, I accepted the invitation to learn..

I was seen off at the airport with an unexpected, but big hug from my taxi driver, Lisa who was so proud of me taking this trip.  This year I remembered to do a currency exchange before leaving and was unprepared for what I received. Australian dollars are absolutely gorgeous! They’re so gorgeous you would immediately take a picture of it and post it on Instagram. That’s exactly what I did and even considered saving a few bills to bring home.  Time would tell as I began to board a relatively comfortable 14 hour flight on Quantas airlines to Sydney. I spent the last hours of my flight watching the sunrise chase my plane.

Arriving unaware that it is the beginning of winter on Sydney’s side of the hemisphere is enough to make your face fall off. This almost happened when my driver told me that winter had just begun, but I was assured that it was unlikely to snow during my visit. I prayed it wouldn’t be any worse than July in San Francisco.

Once I got settled into my hotel, I headed down to Circular Quay (the Grand Central of Sydney) to take a trip to Newtown with my new friend Anna (thanks for connecting us Daniel!). Before arriving, I asked Anna if she could show me some of the local graffiti around Sydney and she recommended a trip to Newtown. Local graffiti is usually where you’ll find the people and heart of the city to get a glimpse of the culture, which is what I wanted.

We spent a couple of hours wandering through this quaint neighborhood taking pictures with my Canon Rebel T2i of the local graffiti that went on for several blocks. The art reminded me of my trips to Berlin and Amsterdam in 2011. Again I found myself fascinated with international street art, wondering why street art in the US doesn’t always feel as purposeful. US street art doesn’t always reflect who the artist is and what they’re about, yet that reflection is almost always evident in international street art.

The following days were spent at X Media Labs in the Sydney Opera House and Museum of Contemporary Arts mingling, speaking, and mentoring some amazing people and projects!  The presentations and the labs around the theme of Global Media Ideas were phenomenal and absolutely worth learning more about (link) including my presentation on how businesses can learn to listen to the people they need to talk to.

X Media Labs took place during Vivid Sydney, an annual festival of lights, music, and ideas held around Circular Quay. Walking down the streets during the festival was a thought provoking experience. The crowds Vivid Sydney drew reflected the vast amount of diversity I caught a glimpse of in Newtown with Anna. There were so many cultures and people from all walks of life: Australian, Irish, Chinese, Indian, Italian. Sydney seemed as much of a melting pot as cities in the US, except that most of the people I saw were predominately fair-skinned.

Can a city truly be a melting pot if it only has different shades of the same color? There was a lot of brown missing at Vivid Sydney and throughout the city. While it was amazing to see so much diversity in one place, it didn’t really feel inclusive. 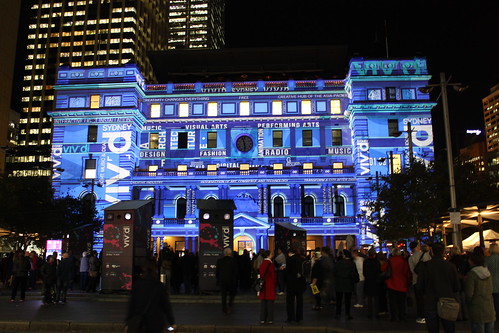 Despite that moment of culture shock, I thoroughly enjoyed the exhibitions at Vivid Sydney like the dazzling light projections on the Museum of Contemporary Art and Custom House, the transformative projections on the Sydney Opera House and a host of interactive and motion collaboration exhibits. The entire event was so fascinating that I (and hundreds of others) stood mesmerized at length, watching the installations around us reveal layers of stories within highly stylized artistic designs. It’s difficult to explain and the pictures will only give you a glimpse of the idea, but they’re worth taking a look at.

Overall, Vivid Sydney was a unique and artistic experience unlike any I’ve ever had.  A lot of the magic behind Vivid Sydney was made possible by Senior Project Manager and Superwoman, Theresa Famularo! 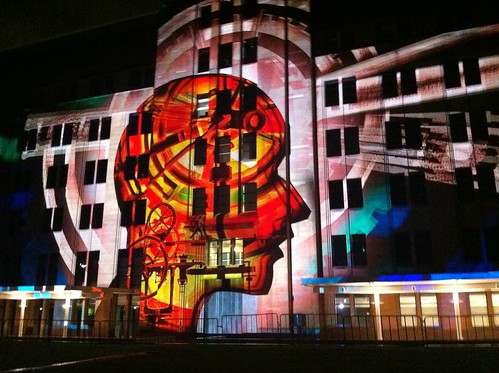 During my last days in Sydney, I traded the downtown scene for suburban city life. Starting with several delicious homemade pizzas and great wine, I was welcomed to Balmain by Charlie Chan (the pioneering composer, not the detective) and the soulful Angela Catterns who has an awesome “Soul Food” music channel on Quantas that I listened to on my flight back home.

Later in the evening, digital media producer Roslyn Baker, invited me to see a Bob Marley documentary at the Sydney Film Festival. We were joined by the cool and eccentric Amber Jane at the State Theatre and proceeded to our seats. I’ll never forget the empowerment that I felt while walking out of the theatre. Bob Marley was an incredibly talented, gifted, passionate, and loyal man. I was so inspired by his thinking, challenged by the level of commitment he had to where he came from, and filled with a renewed sense of purpose and determination for the things I’m working to acheive.

I was surprised to think of my own Jamaican heritage a million miles away from my family. The next day, I called my dad using Google Voice and shared my thoughts on the Bob Marley documentary. When we hung up, I thought it was ironic how being in another country brought closer to home and encouraged me to learn something new about where I come from. It was the last thing I expected to get out of my trip to Sydney. 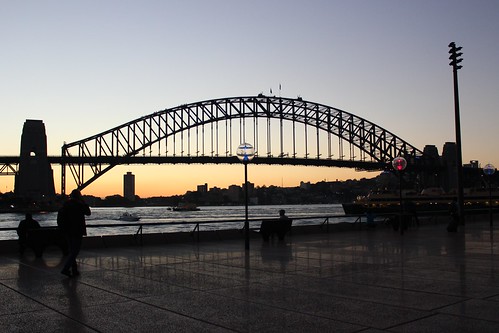 There was so much more that went on, but to keep things brief, this blog posts outlines a few highlights of my trip. I’d like to give a big thanks to Brendan Harkin, Megan Elliott, Rei Yamagishi, and the X Media Labs team for such a special and unforgettable experience to Sydney.